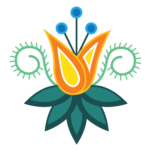 (how do I pronounce this word?)

According to the 2006-2010 American Community Survey Brief from the United States Census Bureau, there were 8,371 Ojibwe (Ojibwa in the document) speakers in the United States (US Census Bureau, p. 2).  Also, according to the 2016 Census from Statistics Canada, there were 28,130 speakers of Ojibwe speakers in Canada (Statistics Canada, p.2).  Combining both statistics, and keeping in mind that Ojibwe is kind of the placeholder name used for Anishinaabemowin, we can estimate that there are roughly 36,500 Anishinaabemowin speakers in both the United States and Canada.  We do need to keep in mind that the population of speakers is an aging one, so the numbers would be different with the number of years that have passed since both censuses.

Even though Anishinaabemowin (Ojibwe) is listed as a “viable language” in Canada, meaning a language with over 20,000 speakers , along with Cree and Inuktitut, it must be remembered that we cannot become complacent, as trends are still currently going in the direction of language loss. (Norris, p. 11)  There is a lot of work that needs to be done to bring Anishinaabemowin and all Indigenous languages to healthier places.  There are however some positive trends also taking place, as evidenced through data from Statistics Canada in “the number of Aboriginal people able to speak an Aboriginal language exceeded the number who reported an Aboriginal mother tongue. This suggests that many people, especially young people, are learning Aboriginal languages as second languages.” (Statistics Canada, p. 1)